Factors that Contribute to Real Estate Market Demand in Dubai

Dubai is one of few cities in the world alongside the likes of London, Paris, Singapore and Shanghai that offer genuine bang for your hard-earned bucks. While the cost of living in all these cities is high, few can argue with their quality of life, interjected with individual personalities. London’s educational opportunities are as impressive as SIngapore’s safety records, while Paris’ art museums and Shanghai’s unwavering economic strength are irresistible. Dubai, on the other hand, has carved its niche in the real estate market. Residential spaces interweave with commercial spaces to create numerous smaller communities across the city. Factors that contribute to tightening this bond are strong public transportation, rock-bottom crime rates (12.29% in 2021), and a clear emphasis on maximising GDP per capita (Statista reported UAE’s GDP as 31,982.23 US Dollars per capita in 2020).. At the heart of Dubai’s economy lies the real estate industry, constituting 7.2% of Dubai’s GDP in 2019. Behind this impressive metric rest a multitude of key factors driving Dubai’s real estate demand. A thorough research conducted among 15 top communities examined certain variables such as location, public transportation, and infrastructure across communities that individually contributed more than 2% to market demand between October 2020 and October 2021 (according to Datafinder). For the sake of simplicity, security will be assumed as optimal for the above-mentioned communities based on the afore-mentioned crime rates.

Arguably, the most important aspect of assessing the location of a property is access to public transportation. Owing to Dubai’s extensive urban planning, each of the chosen 15 communities facilitate access to adjacent bus stops via multiple entry-exit points. However, access to metro stations varies across the spectrum. Only 2 out of 15 communities feature metro stations located within a vicinity of 1 kilometre, which translates to roughly 7 minutes of walking. The remaining 87% exceed 1.5 kilometres distance which would require at least 15 minutes of walking. Downtown Dubai excels in this category, providing access to the metro within just 750 metres. Jumeirah Lake Towers is equally convenient in this regard, keeping residents just 550 metres away from the nearest metro station.

Equally important when considering location is access to healthcare. Having hospitals in the vicinity of a community may very well tip the scales in life-and-death situations. From the 15 communities chosen for this analysis, 5 have hospitals within 3 kilometres which roughly amounts to 10 minutes of driving.  Once again, Downtown Dubai comes at the top alongside Dubai Marina, offering the best access to healthcare with a hospital and multiple clinics located 350 metres and 650 metres from the respective communities.

The analysis of the location would not be complete without mentioning one’s access to education. According to the Dubai Statistics Centre, the city witnessed a population growth rate of 1.63% in 2020, reaching a cumulative tally of 3,411,200 people. Considering that a significant portion of this population hosts families with children, attaining ease of access to schooling will be beneficial both for the economy and overall wellbeing within the city. Fortunately, 13 of 15 communities in the chosen dataset are located within 10 kilometres of nearest schools (inclusive of nursery, primary, and secondary). This means that parents can easily drive their children to school within 20 minutes of commuting time. Jumeirah Village Circle and Dubai Sports City dominate this category, offering residents commuting distances of just 1.2 kilometres and 1.9 kilometres respectively.

Beyond location, another key variable which factors into a prospective buyer’s decision is the infrastructure within the community. For starters, 10 out of the 15 chosen communities feature a water body within their premises. It isn’t surprising that Business Bay captured the lion’s share of market demand (6.73%), with a stunning canal bifurcating the community that gives way to lively promenades and effervescent docks. Due to Dubai’s emphasis on marrying residential spaces with commercial entities, the presence of water bodies has enhanced the attractiveness of most major landmarks such as Dubai Marina (5.77%), Mohammed Bin Rashid City (5.38%), and Downtown Dubai (4.44%). Consequently, the inclusion of green spaces such as golf clubs and parks have had an equally profound effect on economic viability. 4 out of the 15 communities feature extensive green spaces, with Town Square (3.08%) offering a gargantuan 154,000 square metres worth of parks alone.

Cumulatively speaking, Dubai’s urban planning deserves credit for homogenising residential well-being across its numerous communities. However, there are outliers even amongst the best of what the city has to offer. The recommendations for top 3 communities out of the 15 in the dataset are Business Bay, Dubai Marina, and Downtown Dubai. All three offer the perfect balance of access to public services and community well-being. 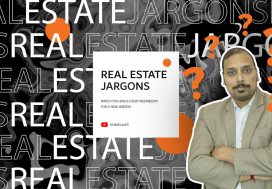